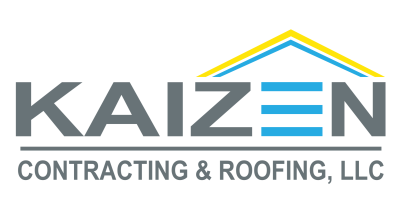 The Benefits of Metal Roofing

Metal roofing is becoming increasingly popular, with rising demand in the domestic sector and yearly industrial growth. This is owed largely to its increased energy efficiency and streamlined appearance, with a range of alternatives available to match the design of any home's exterior. So, for any homeowner in search of the best roofing solution, metal roofing might be just that, and here’s why:

Although metal roofing is initially more expensive than asphalt shingles (about $120 to $900 per square foot of metal versus $70 to $150 per square foot of asphalt, according to HomeAdvisor), its considerably greater lifespan makes up for the initial expense.

A metal roof will last between 40 and 70 years, whereas asphalt roofs typically last between 12 and 20 years.

Asphalt Shingles are easily damaged by hail and can be blown off by strong winds. In addition to being susceptible to mildew and mold due to moisture build-up, asphalt lacks significant fire protection, except for fiberglass variants. In contrast, metal roofing offers more protection against extreme weather conditions though heavy hailstorms may leave a few dents. Additionally, metal roofing is fire-resistant and is not susceptible to harmful moisture build-up.

Metal roofs are fully recyclable, and as such, many manufacturers use between 25% and 95% recycled materials in the production of metal roofs. To prolong their life cycle, manufacturers can also reseal them. Furthermore, since their materials are so common, it's doubtful they'll end up in a landfill when they're no longer in use.

One study uncovered that when built with a 4-inch strapping system and painted with reflective colors like white, metal roofs can cut energy costs by up to 40% in the summer and 15% during winter. Metal roofs may also keep a house 50 to 60 degrees cooler than dark asphalt shingles because they reflect intense sunlight rather than trapping it.

5. They Increase the Value of a Property

Metal roofs raise the value of a property by up to 6%, which makes it easier to justify the high initial investment. Later on, it’ll be possible to recoup up to 85% of that purchase and about 95% for people living in the eastern region, as established by Home Guides. People who don't expect to remain in their house for the next 40 to 70 years can still enjoy the cost-saving advantages of a metal roof.

6. Save Money on Home Insurance

Installing a metal roof on a property can warrant a homeowner up to 35% reductions on home insurance. This is because insurance companies are aware that metal roofs are more robust and less susceptible to damage from weather elements. Some insurers don't offer this option, so it's necessary to first confirm with them.

7. No Need to Remove the Existing Roof

Depending on the area’s building regulations, homeowners can save money by installing a new metal roof directly above their old asphalt shingles. Since they won’t need to remove the shingles, this method will save them money on labor.

Happy Easter! To day we remember Jesus died for us

Getting a few more roofs done in Ohio before the s

Still time to get a roof inspection! #reroof #ohio